To ensure that EVERY student is able to partake in the joyful journey of music, we offer voice, guitar, piano, bass, drums, and ukulele lessons with exceptionally trained and passionate educators.  Our philosophy is to meet the student where they are, find joy in every lesson, and to foster and develop lifelong musicianship and personal development.  We are committed to creating a nurturing and supportive environment for all of our students, regardless of skill level or prior experience. 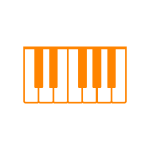 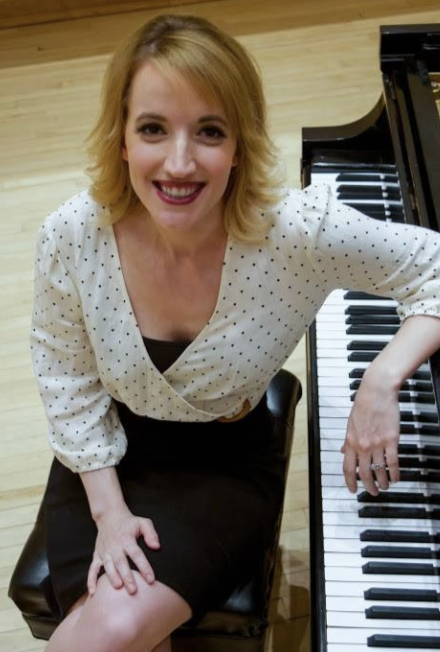 Kaitlynn Sinclair has a BA in Music and an MA in Performance: Piano Pedagogy. She plans to pursue a Doctorate in Vocal Coaching! Her solo performances include degree recitals, seminars, piano festivals, and charity concerts she has organized. Kait also loves accompanying voice students and musicals. She has been teaching for over 8 years and welcomes all ages and abilities. 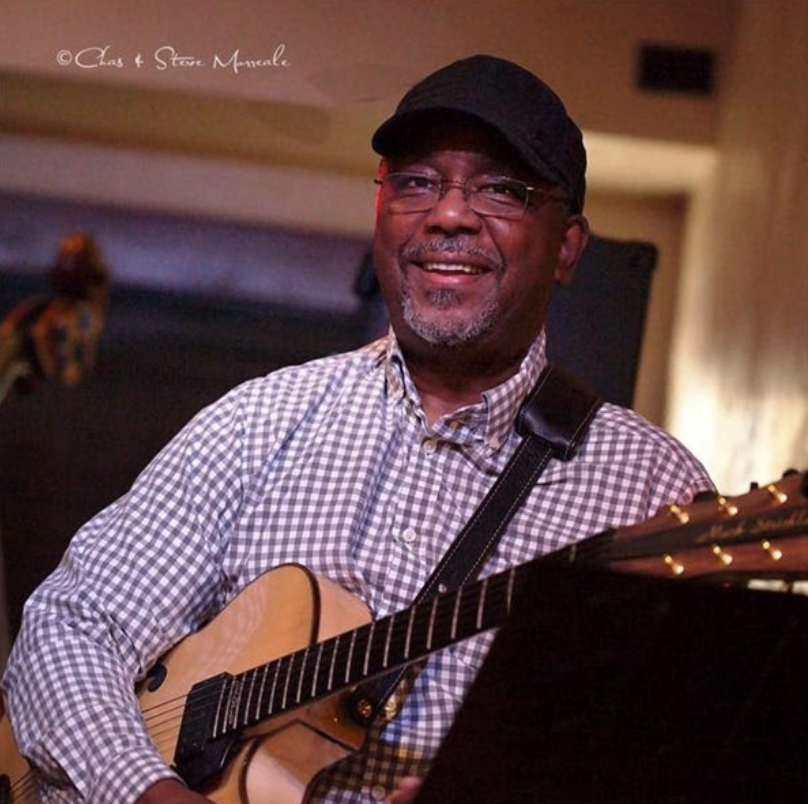 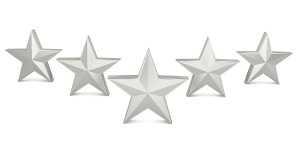 Our Platinum level teachers have advanced degrees and/or 10 plus years teaching experience and professional performance credits.  We have found the cream of the crop and are so excited to share them with you!  They fill up quickly - so grab your spot today.  Bundle 10 lessons or more to save 10% or choose a weekly lesson time slot for the most savings! 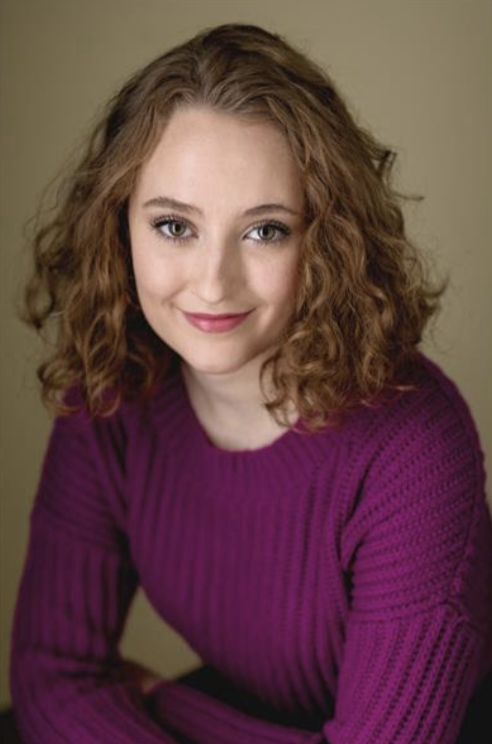 Emmeline Jones is a recent graduate from Point Park University where she currently holds a Bachelor of Arts degree in Theatre Arts with a minor in Musical Theatre. Originally from Southern Maryland, Emmeline moved to Pittsburgh in 2016 to attend college and has since made the city her new home. Aside from her background in theatre and dance, her love for music began as a young child when she began studying classical violin and piano. She has performed in Pittsburgh at The Pittsburgh Playhouse and with Stage 62, as well as with theatres in Northern Virginia and Southern Maryland. Emmeline is thrilled to be able to share her joy for music, dance, and theatre with the next generation at Sing Sing Sing! 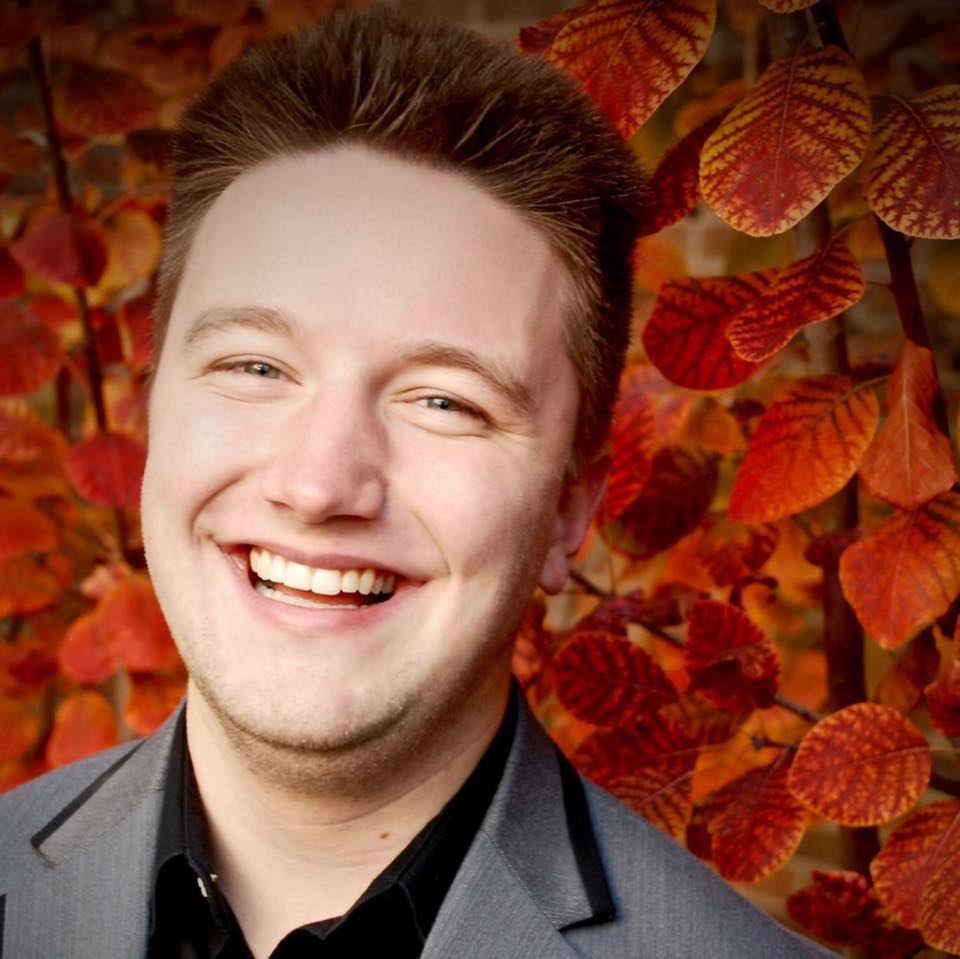 Chase Alexander Upchurch, tenor, is a young educator, performer, and composer located in the greater Pittsburgh area. Chase graduated summa cum laude from Slippery Rock University with a degree in Music Education, and also pursued graduate studies in music at Youngstown State University. In his professional work, Chase teaches voice and piano at Sing Sing Sing!, provides Eurhythmics and voice instruction at Duquesne University’s City Music Center, and works as the Director of Music at Hope Lutheran Church in Cranberry, PA. Most notably as an educator, Chase has taught for the Pittsburgh Symphony’s “Fiddlesticks” concert series, presented at the APME (Association for Popular Music Pedagogy) national conference. He was awarded an international music education scholarship through Mu Phi Epsilon, a honorary music fraternity, for his teaching experience, professional recommendations of his teaching, and his philosophy of music education. As a performer, Chase won the musical theatre division for NATS (National Association of Teachers of Singing) both in his undergraduate and graduate studies, placed 1st in the Chad Williamson Vocal Competition at Slippery Rock University, and earned a spot in the prestigious international summer opera program, Accademia Vocale Lorenzo Malfatti in Lucca, Italy, where he studied opera performance with master teachers and coaches. Recently, Chase performed as the tenor soloist with Thiel College in their presentation of Schubert’s “Mass in G Major.” In addition to teaching Eurhythmics at Duquesne University, Chase has been studying Dalcroze Eurhythmics, a movement and music pedagogy, at Carnegie Mellon University, with additional study at the Dalcroze School of the Rockies. In addition to his summer studies at CMU, Chase also trained under Anthony Molinaro during his student teaching, and has subbed for CMU’s preparatory classes in the Eurhythmics room. All in all, Chase strongly believes that it is his job as an educator to show everyone, especially his students, how music can unlock the beauty and joy of the world around them and inside of them, for that is the essence of music. He believes that a music education is incredibly beneficial to all people through its characteristics of passion and discipline, and that all teachers of music should work towards teaching about life through music, since music is not independent of life, but interconnected in almost every aspect of humanity. He believes that through the process of music training, one may be able to enhance their physical, social, emotional and/or spiritual being. To guide that process, he believes that it is his moral responsibility to create an environment in which students have the ability to explore, express, and find their own way with the guidance of a teacher. Lastly, he believes in the betterment of those who are a part of his classroom or studio. This means that as an educator, he will do his best to teach in ways that reflect the interests, identities, and joys, of his students. This is the focus of his teaching. He believes that it is about the journey that is taken together through music. 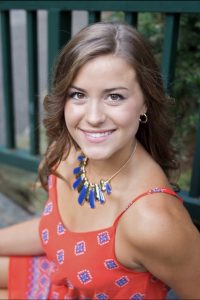 Lauren Nicole Faber, soprano, graduated summa cum laude from Westminster College with degrees in both Vocal Performance and Communications, and is a recent graduate from Youngstown State University’s Dana School of Music with her Masters in Vocal Performance. During her tenure at YSU, Lauren was a Graduate Assistant where she helped coach undergraduate voice students, assist in the teaching of music classes, and manage opera productions. Additionally, she has been teaching private lessons in voice, piano, and beginner guitar for over 4 years, and is a dance instructor at Premier Dance Academy in Warrendale, PA. As a performer, Lauren has appeared in various operas, musical theatre productions, vocal recitals, and dance productions. She had the opportunity to study opera in Verona, Italy as part of the prestigious Opera Viva! program, as well as in Szeged, Hungary in their Summer Music Study. In her undergraduate studies, Lauren placed 1st in the Westminster College Concerto and Aria competition, and during her graduate studies was a winner of the 2021 McDonough Honor’s Recital Competition at Youngstown State University. Lauren’s teaching philosophy is centered around expression and joy. She believes that every person deserves the opportunity to grow and express through music, all while being filled with joy throughout the process. She is an advocate for her students, always striving to create a safe environment for them to feel heard and accepted. Last but not least, Lauren believes in always being a student herself— learning is a lifelong endeavor, and when she is growing, so are her students.

Samantha is a graduate from Slippery Rock University with a BA in Music with a specialization in vocal performance. She attended Lincoln Park Performing Arts Charter School in Midland, PA where she studied musical theater. She has performed in musicals for Pittsburgh Savoyards, Comtra Theatre, and The Red Barn Players. Some of her musical theater credits include ‘Young Frankenstein’, ‘I Love You. You’re Perfect. Now Change,’ and ‘Pirates of Penzance.’ She has also had the opportunity to perform in several operas during her time at SRU. Her opera credits include ‘The Old Maid and the Thief,’ and ‘Dido and Aeneas.’ 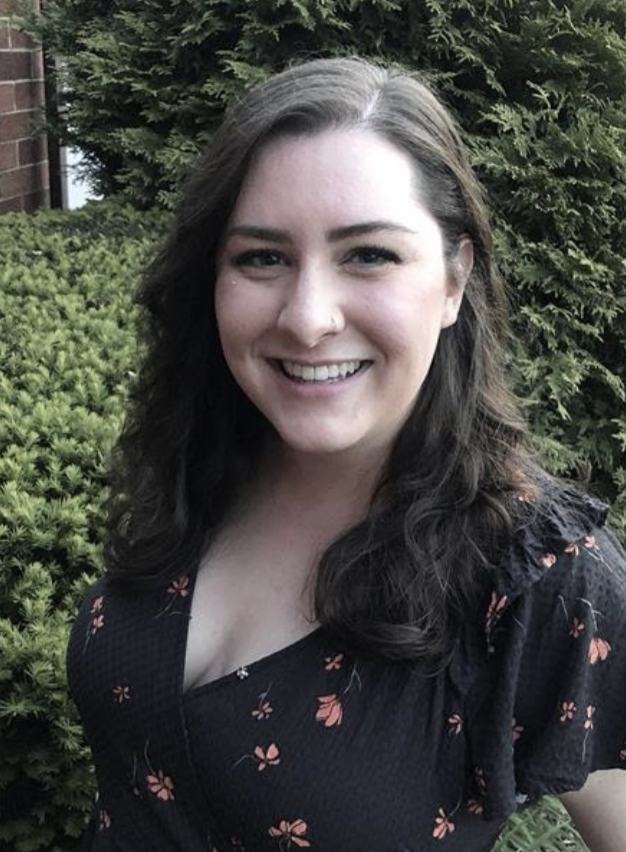 Mara Flannery was born and raised in the Pittsburgh area, and has been involved in music based activities since writing her first song- “Yeah, Yeah, Yeah, Yeah Bonessa” (we still don’t know what it means to this day). She became involved in musical theater in middle school and high school, and decided to pursue music as a career. She attended Slippery Rock University as a Voice major where she discovered Music Therapy. This new career path joined her two loves, music and helping others. She graduated from Slippery Rock University in 2017, and completed her music therapy internship at Johns Hopkin’s All Children’s Hospital in St. Petersburg, Florida in 2018. She is now a Board-Certified Music Therapist (MT-BC). When Mara moved back to the Pittsburgh area, she interviewed at Sing Sing Sing! and immediately felt at home. She identifies very strongly with Sing Sing Sing’s message that music and singing are for everyone, and that it‘s purpose is to bring joy, expression, and release into our lives. In private lessons and classes, Mara hopes to foster an atmosphere of acceptance so that students feel that they can truly be themselves, and find their own unique sound. Since joining the Sing Sing Sing! family, Mara has helped the company set up a non-profit called Sing Sing Give! that provides free music activities and Music Therapy to groups in the Pittsburgh area. Mara is very happy to have just celebrated her two year anniversary with Sing Sing Sing! and is excited to help spread it‘s message around the world. Keep singing!